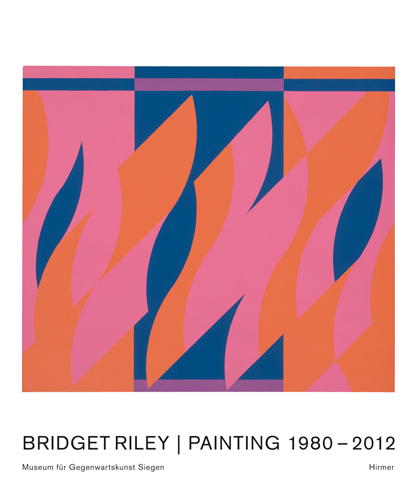 ISBN: 9783777459417
Beschreibung
Produktinformationen "Bridget Riley | Painting 1980–2012"
This British artist was recently awarded the 12th Rubens Prize by the city of Siegen, an event which inspired an extensive exhibition of her work. As early as the 1960s, Bridget Riley (*1931) revolutionised painting with Op Art, style that she herself had developed. Since the early 1980s, Riley has been increasingly concerned with the spatial effects of colour. Radiant, rhythmic lines, arches and lozenges seem to make the surfaces of her pictures vibrate. The composition of colours and shapes conveys the impression of independent movement and three-dimensionality which changes according to the viewer’s position. Apart from paintings, studies and gouaches, the show includes murals that were painted directly on the walls of three rooms in the museum. The book includes texts by the renowned Riley connoisseurs Michael Bracewell, Eric de Chassey, Lucius Grisebach and Robert Kudielka, as well as an interview with the artist by Michael Harrison.
Bewertungen